While not a specific diagnosis, hip abductor weakness is a functional diagnosis that is a component of numerous lower extremity and back complaints. 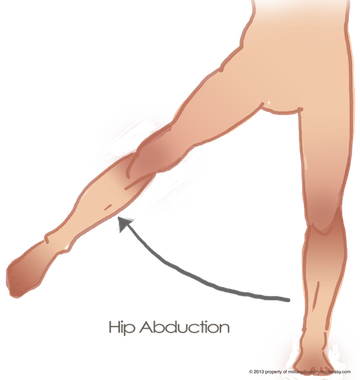 There are 4 muscles that are in charge of abducting the thigh.  They are the gluteus maximus, gluteus medius, gluteus minimus, and TFL (or tensor facia lata).

Weakness of the hip abductors, particularly those that assist with external rotation, has the most significant impact on hip and lower extremity stability (5,6).

The gluteus medius is the principal hip abductor.  While the main action is hip abduction, it's contribution as a dynamic stabilizer of the hip and pelvis- particularly during single leg stance activities like walking, running, and squatting is of utmost importance. The gluteus medius contributes approximately 70% of the abduction force required to maintain pelvic leveling during single leg stance. The other 30% comes from the the tensor fascia lata and upper gluteus maximus (18). 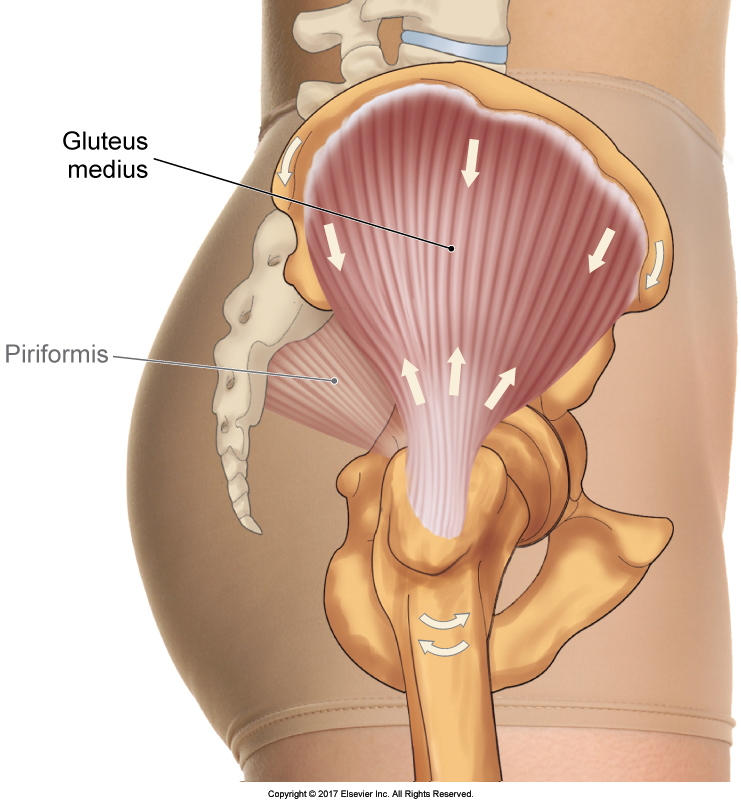 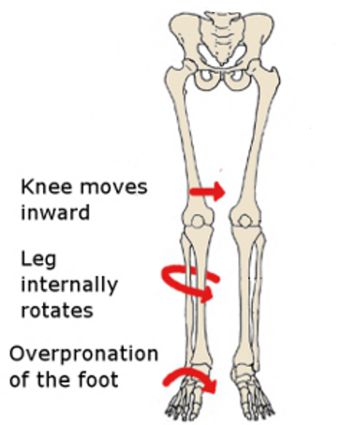 Downstream, hip abductor and external rotator weakness allows for the knees to turn in (called valgus or knock-knee) (22-25).

Hip Abduction and ligaments of the knee

Excessive "knock knee" positioning also causes the knee cap to be pushed to the outside, putting stress the knee cap.  This condition is called patellofemoral pain syndrome.

Foot hyperpronation and hip abductor weakness are known biomechanical coconspirators. Gluteus medius weakness increased pressure on the inside of the foot, decreasing the typical arch of the foot. In turn, flat feet causes a stretch weakness of the gluteus medius, generating a self-perpetuating cycle.

Who is more likely to have hip abductor weakness, males or females?

Hip abductor weakness is often accompanied by lower crossed syndrome – a larger pattern of biomechanical dysfunction involving weakness of the abdominal wall and hypertonicity in the hip flexors and paraspinal musculature. 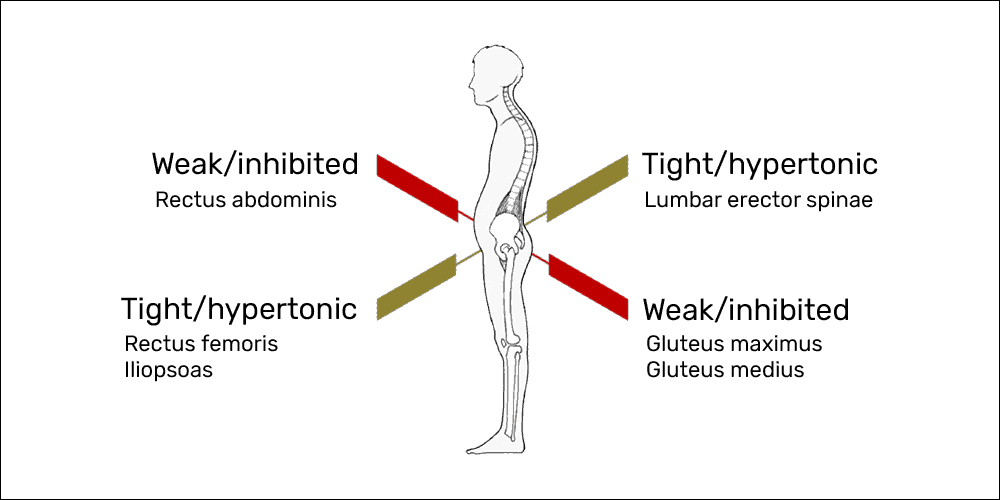 Obviously, the primary goal of management is to strengthen the hip abductors, thereby improving function (55).

Patients with fallen arches and those who hyperpronate may benefit from orthotics or arch supports. Orthotics have been shown to increase activation of the gluteus muscle during single leg stance activities (66) Flexible full-length orthotics have been shown to improve Q angles and may aid in the treatment of secondary biomechanical problems, including foot pain, knee pain, and low back pain (59,60).

At Creekside Chiropractic & Performance Center, we are highly trained to treat hip abductor weakness.  We are the only inter-disciplinary  clinic providing services to Sheboygan, Sheboygan Falls, Plymouth, and Oostburg including chiropractic, manual therapy, myofascial release, ART (Active Release Technique), massage therapy, acupuncture, physiotherapy, rehabilitative exercise, nutritional counseling, personal training, and golf performance training under one roof. Utilizing these different services, we can help patients and clients reach the best outcomes and the best versions of themselves. Voted Best Chiropractor in Sheboygan by the Sheboygan Press.

24. Souza RB, Powers CM. Predictors of hip internal rotation during running: an evaluation of hip strength and femoral structure in women with and without patellofemoral pain. Am J Sports Med. 2009;37:579–587

30. Willson JD, Macleod SB, Davis IS. Lower extremity jumping mechanics of female athletes with and without patellofemoral pain before and after exertion. Am J Sports Med. 2008;36:1587–1596

61. DiMattia M, Livengood A, Uhl T, Mattaclola C, Malone T. What are the validity of the single-leg-squat test and its relationship to hip-abduction strength? Journal of Sport Rehabilitation 2005;14:108e23.

64. The Gait Guys Hip Biomechanics: Part 6 of 6, The Conclusion http://thegaitguys.tumblr.com/